This year´s event was hosted at the prestigious Hilton Diagonal Mar in sunny Barcelona where delegates from 141 organisations joined to attend interactive discussions and had ample opportunity to network. Various round table talks were hosted in between session on the main stage. This served as a valuable way for attendees to discuss the topics of their choice. 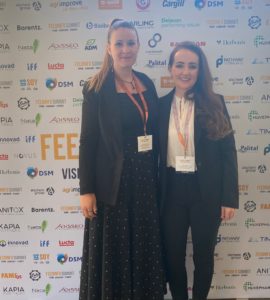 Monday´s morning session kicked off with an overview of the current economic status of the feed industry. Speaker, Éva Gocsik, gave insights into the strategies that companies used during 2021 and discussed the outlook for the future.

Next up was a fireside chat with Iñigo Charola. An interactive session about traditional foods vs alternatives. Iñigo suggested that the industries work together instead of competing when supplying protein to consumers. The biggest challenges that producers of alternative proteins face are related to large scale production, gaining consumer acceptance, and overcoming the regulatory barriers involved. The results from a poll that was ran during the session showed that almost 50% or participating companies are planning to invest or have already invested in alternative protein sources.

A session about logistics within the feed industry highlighted the hurdles faced by suppliers. Covid as well as the crisis in Ukraine have exacerbated the logistical difficulties faced currently.

A talk on sustainability addressed the push from governments and consumers for producers to use more efficient technologies, introduce circular economy and thereby reducing waste, reducing emissions, and tackling the problem that is nitrogen pollution. Both challenges as well as opportunities were mentioned with respect to the reduction of the carbon footprint of animal agriculture and along the journey to achieving a carbon net zero.

The Green Deal and REFIT were discussed and it was concluded that both of these will have a major impact on the animal feed industry. There needs to be a shift to positive communication by all stakeholders and policy makers in the supply chain to ensure that the implementation of these new law benefit consumers, the environment as well as the animals who are part of the food supply chain.

The final session of day 1 was an insightful fireside chat with CEO of Nutreco, Fulco van Leede about the future of the company. Fulco empathised the importance of sustainability within the industry. “The use of feed additives plays an important part in the future of our business as they can address a lot of the issues observed within sustainability”. Climate change has a negative impact on the environment in terms of extreme weather patterns that pose a threat to the crop yield as well as the management of river transportation of goods in Europe. 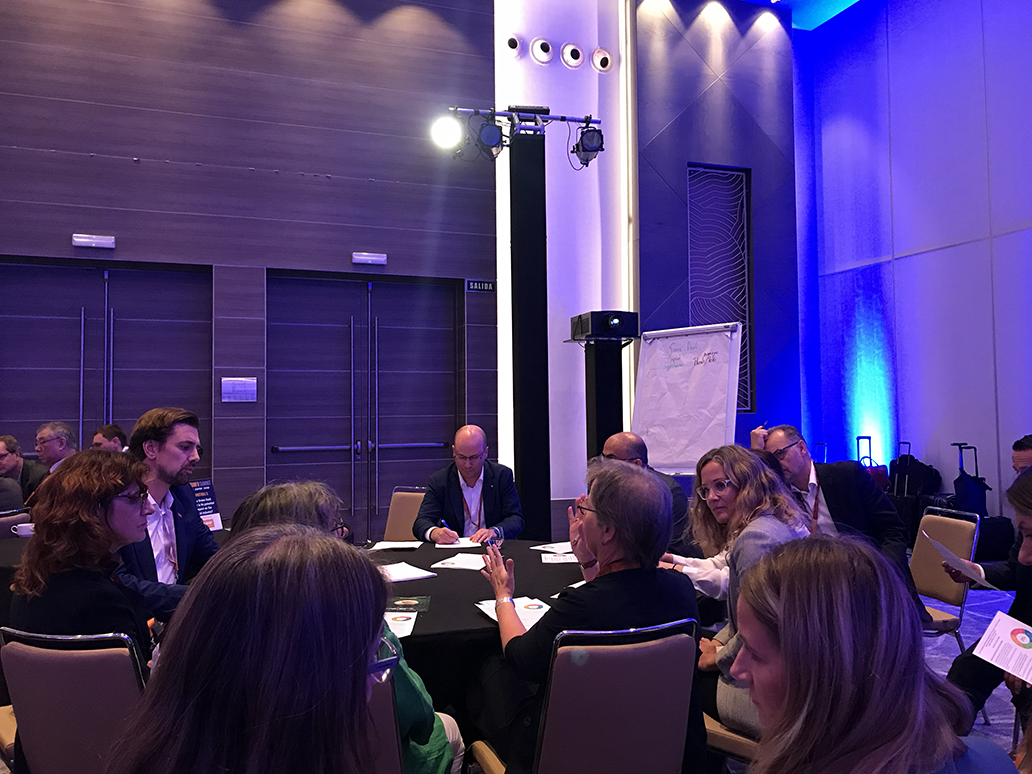 Day 2 started off with a guest speaker from a different industry. The former marketing director of EasyJet, Tony Anderson, joined us for a talk about marketing in the modern era.

He drew some similarities between the Airline industry and the animal feed industry, whereas both are highly regulated. These regulations are often the hurdles that slow down innovation and progress and remain complex to navigate. Although the feed industry is also mature in nature, there is still a lot that can be done in terms of marketing.

A panel discussion on the situation for farmers amid the current economic climate mentioned that more needs to be done by government in Europe to support farmers in their production of animal proteins. The speakers on the panel each discussed the specific issues that they face. It is not the first time that the livestock production industry faces trying times though and Daniele Battaglia reminded us of the crisis that the industry faced during the 2000´s with the BSE outbreak. The industry is resilient and can weather challenges as and when needed and very often, crisis can be turned into opportunity.

A session about the public perception of animal protein followed and some insightful issues and perceptions where addressed. The main issues of sustainability, inflation and consumer perception were mentioned. The session that closed out the day was one that focused on the current consumer trends in the EU and UK. This session highlighted the fact that in the current time, most consumer don´t see past the constant increase in prices of food. The speaker mentioned that consumers would want to know in the future what the eco-score was of their food purchases. On the positive side, consumers still have a lot of trust in farmers as producers of food and the consumption of animal proteins is unlikely to decline in developed countries.

The main take aways from the event were: A focus on sustainability, overcoming the impact of climate change, addressing the perceptions, misinformation of the public and working in collaboration with alternative protein producers, instead of against them. A poll ran during one of the sessions and the results showed that 41% of companies attending the event saw alternative protein as an opportunity to grow.