Will the revised EU feed additives legislation be fit for purpose?

The European Commission (EU) is still evaluating the legislation on additives for use in animal nutrition as part of its fitness check of general food law, REFIT. Prior to this process, Regulation (EC) No 1831/2003 had not undergone an evaluation since its entry into force in October 2003.

In September 2017, the EU executive outlined in its original roadmap, setting out how to ensure that legislation is fit for purpose, not only in terms of how it relates to current needs of society but also how it will correspond to those in the future. A public consultation period on the amendments to the regulation has just ended.

The re-evaluation has dragged on for longer than originally planned, it was supposed to have been all tied-up by autumn last year.

“We understand from Dr Marta Ponghellini from DG Santé that the animal nutrition team were pretty much ready to go with the re-evaluation but senior management asked for a second public consultation, which finished on April 3. They wanted to have a widespread consultation of stakeholders,” said Elinor McCartney, president of food chain consultancy group, Pen & Tec. 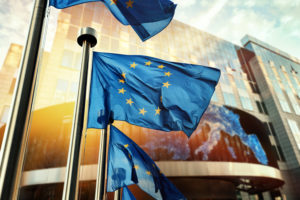 She provided insights for us on the amendments to date, and outlined what other modifications industry was hoping to see.

“There have been quite a lot of positive changes made recently, and hopefully there are more in the pipeline after REFIT. For example there is a new category, already under discussion and close to implementation: “physiological condition stabilizer”, otherwise known as the animal welfare category.

Industry is strongly advocating the need for improved intellectual property (IP) protection in the revised rules.

“The cost and time involved in getting any kind of feed additive registration is quite significant. Applicants need better IP protection, and also for reasons of control, require holder-specific authorizations.”

McCartney said that what should happen is that the initial authorization should be given to the original single applicant or multiple applicants; then other companies that come along later should have to pay, and in that way they share in the costs involved in securing that original approval.

If industry cannot get a good return on investment, then companies will be reluctant to invest in innovation, she warned.  “In my experience, SMEs are often the most innovative. They are the ones with the bright ideas, and they invest in product diversification, in many cases.”

And while SMEs are willing to invest, she said they need the EC to protect their investment. More can be done, and holder-specific approvals is an excellent way to protect and stimulate innovation, she added.

There is a real drive to replace chemicals in animal nutrition, and McCartney sees the EU executive as supportive of such a trend.

Innovative feed additives are coming in to replace antibiotics in the EU, including live microorganisms, enzymes, probiotics, and botanicals and other innovative products, she stressed.

McCartney is also Food Chain Working Group Secretary of the Association of Veterinary Consultants (AVC), and that group provided feedback to the Commission during the latest consultation period on the feed additives legislation.

The AVC, she said, has suggested the EU could create a new category of feed additives under the zootechnical umbrella, called probiotics. It would be holder-specific and would apply to gut flora stabilizers and gut health enhancers that are able to show, by in vivostudies in animals, that their use resulted in the presence of more beneficial bacteria as well as a reduction in undesirable bacteria or pathogens, she said.

Probiotics is not actually a word used in EU legislation but, as per the WHO definition, they are understood as live microorganisms that confer a health benefit on the host.

“The European Food Safety Authority (EFSA) has traditionally rejected claims associated with beneficial bacteria both in the area of human health claims and in the area of feed additives. EFSA’s argument is that the gut flora is too complex, and, therefore, just showing that you have increase in beneficial bacteria is not sufficient, you have to show a reduction in pathogens, for example.”

Advances in the gut genome approach and molecular techniques can support probiotic registrations in this respect, she said.

The outsiders – not quite fitting in

“The difference is that for technological additives you can get approval just with in vitro data, but showing the efficacy in the feed matrix, and for zootechnical registration, you have to show the efficacy in live animals. However, animals don’t behave like numbers and neither do some of these technological feed additives – organic acids do not act in dry feed matrices – they only act in moist or liquid feed, and they act in the gut. Furthermore, many organic acids are coated to prevent corrosion at the feed mill and to protect workers from exposure to the acid, so those types won’t act at all in feed matrices – they only act in the gut. SRMCs, (mycotoxin binders, substances for reduction of mycotoxin contamination) also mainly work in the gut, and may work in liquid feed matrices, i.e. you need an aqueous environment. Live microorganisms acting as technological feed additives also need an aqueous environment.

“So there are these categories that are bridging two types of feed additives.

She thinks there is a need for a reduction in the number of in vivostudies required for feed additive registrations, mindful of the fact that EFSA, in its revised guidance, has already made great headway in limiting the number of trials required to around 30 from the original 100.

“However, 30 in vivo studies is still a major investment, and you might have to do more to get statistical significance. AVC and others will argue that there is no feed additive that will work 100% of the time in all the situations an animal will encounter. On the other hand, member states want to avoid fraudulent practices. So I think it is important that if companies are claiming an effect in the animal and in the gut, they should have to do at least one good in vivo study in each animal category – so you could actually reduce the number of trials required to around 10.”

EFSA has already updated its feed additive guidance over the past two years, in advance of the Commission’s REFIT process.

“They have done some really good work, they have pulled together a lot of different guidance; there is now a single guidance on microorganisms, for example. Now with the new guidance on microorganisms, and because of the advances in the microbiome, the genome and molecular techniques, EFSA has pretty much eliminated the need to do tolerance studies for microorganisms in live animals, as you can establish strain safety based on phenotypic testing for antimicrobial resistance, toxins, and virulence factors and by providing the whole genome sequence supported by bioinformatic-based analysis. That is a fantastic step forward.”

However, industry has argued that EFSA should be prepared to update those guidance documents if the outcome of the REFIT process advocates more flexibility for applicants, she said, such as a further reduction in the number of in vivostudies required.

“One positive thing about the EU Commission and EFSA is that they are both engaging stakeholders much more, with EFSA allowing more stakeholders attend their plenary meetings as experts or observers. I think the involvement of stakeholders has, to a large extent, helped EFSA to understand the industry viewpoint and to bring a certain amount of expertise [to the table], to educate EFSA on new trends in animal husbandry.”