Novel foods are foods that were not used for human consumption to a significant degree within the Union before 15 May 1997, irrespective of the dates of accession of Member States to the Union. Food business operators (FBOs), the companies or persons responsible for placing products in the market are responsible of verifying if the food they intend to place on the EU market falls within the scope of the novel food regulation (Regulation (EU) 2015/2283). When it is unclear whether a food is novel, FBOs can consult Member States on the novel food status of a food, following the procedure described in Commission Implementing Regulation (EU) 2018/456. The consultation procedure focuses on the characterisation and history of consumption of the food product within the EU.

Novel food consultations should be submitted to the competent authority of the Member State in which the product is intended to be marketed first. Once received, the authority shall validate the application and request any additional information from the applicant. After the validation, the Member State should conclude on the novel food status of the food within 4 months after the validation of the application. The decision will be made publicly available after informing the FBO. Here is a link to all the current opinions: https://ec.europa.eu/food/safety/novel_food/consultation-process_en.

To date, out of 40 novel food consultations submitted, only five (15%) foods have been classified as not novel when used as or in foods these include:

In addition, four (10%) were classified as not novel only when used in food supplements:

The main reason why most foods have been considered novel was the lack of data demonstrating the history of safe use of the food in the EU. It is not sufficient to demonstrate that the source of the food is not novel. If the manufacturing process applied significantly changes the composition or structure of the food source, the food will be considered novel. This was the case with selenium-enriched mushrooms, where the mushroom (Agaricus bisporus) itself is not novel but the selenium-enriched mushrooms are novel due to the significant changes in the composition compared to the source. In contrast, it is interesting that a mineral-enriched version of Aspergillus oryzae is not considered novel. Whereas there is significant history of consumption of Agaricus bisporus and Aspergillus oryzae prior to 15 May 1997, selenium enriched mushrooms (Agaricus bisporus) grown in media containing selenium salts were considered novel but mineral enriched fungus Aspergillus oryzae grown in a medium with different salts was not considered novel since the source and the minerals (including selenium) were not novel. The reason for these different conclusions on similar cases could be i.e. that the change in nutritional value of the latter is not considered significant, or the source of selenium was different in the two cases. It is also worth noting that different authorities – in this case, the Irish (FSAI) and the UK (FSA) authorities – may have had a differing approach & therefore not reached the same opinion.

Another interesting case was pea & soy protein hydrolysates, which were classified as non-novel for use as or in foods by the FSAI recently. The reason for this conclusion was that the raw materials used in the production of the hydrolysates are not novel. Furthermore, soy protein isolate has been widely available in the EU as a food ingredient & is authorised for use in infant & follow-on formula. Interestingly, the history of pea protein consumption was verified by the food industry & corroborated by an EU Member State. Finally, the FSAI concluded that while the acid hydrolysis of proteins will likely be affected, the final composition & amino acid content & structure is unlikely to be significantly altered.

In contrast, mung bean protein isolate was classified by the UK FSA as novel for use as or in food. Even though mung beans have a history of safe use and have been consumed in powdered form prior to 1997, as there was no evidence of consumption of the isolate directly, this was considered to be novel. The applicant did provide information on the composition of the final product & it was demonstrated that fat, moisture & carbohydrate fractions were reduced during processing. The UK FSA concluded that because the final product was different from the starting material and there may be differences in exposure because of the concentration of the protein component, the mung bean isolate is novel. Moreover, because the extraction during the manufacturing process was selective, in that the protein as a whole had been concentrated relative to the starting material although only by three times the starting level, this was novel.

Advantages of the consultation procedure include:

However, there are still some advantages if your product is considered novel. Competitors marketing the same product illegally in the EU would also have to undergo a novel food authorisation process or may lobby and present their own evidence supporting that the product is not novel. If the novelty is then re-assessed and the product deemed not novel, this would be beneficial for all parties and a novel food authorisation would not be required.

If you are unsure about the novel status of your product, Pen & Tec can help you. We can either perform the assessment ourselves or we can assist with the consultation procedure. We have successfully helped our clients achieve a non-novel status.

Please feel free to contact us at [email protected]. 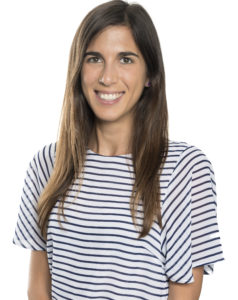 We use our own and third-party cookies for allowing you to access our website, for analytical purposes and to show you personalized advertising based on a profile elaborated from your navigation habits. Click HERE for more information. You can accept all the cookies by clicking the "OK" button or configure them or reject their use by clicking the "Setup" button.

OK Decline Setup
I consent to the use of following cookies:
Cookie Declaration About Cookies
Necessary (3) Marketing (0) Analytics (11) Preferences (1) Unclassified (2)
Necessary cookies help make a website usable by enabling basic functions like page navigation and access to secure areas of the website. The website cannot function properly without these cookies.
Marketing cookies are used to track visitors across websites. The intention is to display ads that are relevant and engaging for the individual user and thereby more valuable for publishers and third party advertisers.
We do not use cookies of this type.
Analytics cookies help website owners to understand how visitors interact with websites by collecting and reporting information anonymously.
Preference cookies enable a website to remember information that changes the way the website behaves or looks, like your preferred language or the region that you are in.
Unclassified cookies are cookies that we are in the process of classifying, together with the providers of individual cookies.
Cookies are small text files that can be used by websites to make a user's experience more efficient. The law states that we can store cookies on your device if they are strictly necessary for the operation of this site. For all other types of cookies we need your permission. This site uses different types of cookies. Some cookies are placed by third party services that appear on our pages.