For scientists, Dr Elisa Salvetti presented the latest on taxonomy of common species used as probiotics. Many in the audience were concerned with the findings of Elisa and her colleagues, which in the case of the Lactobacillus genus would mean major upheavals of traditional taxonomy. It seems that around 237 valid “Lactobacillus” species will be redistributed into 16-17 new, non-Lactobacillus genera. Hence strains formerly identified as Lactobacillus acidophilus, or other popular probiotic species, could be reclassified into less familiar genera such as Atopobium, Carnobacterium, Eggerthia, Klandleria, Leuconostoc, Olsonella, and Weissella.

Some probiotic players felt that consumers would be confused, to find that many familiar and famous strains would disappear, to be replaced by weird-sounding aliens. Some thought that in layman’s terms this could be the equivalent of fans of “Brad Pitt” probiotics (perceived as tall, handsome, muscular, manly, blond, with blue eyes) suddenly faced with a host of “A. N. Others” (perceived as short, ugly, fat, bald, wimpy, with brown eyes).

Other optimists pointed out that such potential taxonomic “Armageddons”, are, in fact, opportunities – opportunities to remind consumers about probiotics and their benefits, and to tell the probiotic story through taxonomy, in other words an opportunity to educate and illuminate consumers with the wonders of probiotics.

Several marketing gurus highlighted that the brand is an essential tool in capturing consumer confidence, illustrated by Peter Wennström of the Healthy Marketing Team using the FourFactors© Innovation Model:

The marketing experts tended to agree that the reluctance of global probiotic players to engage with EFSA and try again for that elusive “Holy Grail” of the first strain-specific probiotic nutrition and health claim (NHC) is related to fear of failure – and driven by a desire to protect brand value. Thus, probiotic players have exploited brand value by linking probiotic brands to approved NHCs. Typically, this has been achieved by reformulating probiotic products to include vitamins, macro-minerals and fibres that have NHCs targeting the desired health areas, for example immune support, skeletal strength, and gut function. In the opinion of the marketeers, such approaches stifle innovation in the probiotic field, and may damage brand value in the long term, or at least leave well-known brands vulnerable to attack from innovative newcomers in the probiotic space. 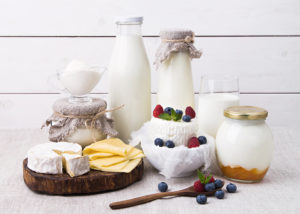 Another lively debate surrounded the use of the word “Probiotic” in material targeted at consumers. The EU Commission considers that “Probiotic” implies a health benefit and should not be used, as effectively it is an unauthorised NHC. Some EU Member States do not agree, notably Italy, who allow “Probiotic” as a descriptive term for products containing live micro-organisms, understood to support and stimulate beneficial gut microbes.

Dr Elinor McCartney of Pen & Tec Consulting reminded the audience of another approaching “Armageddon” date, in this case not BREXIT (29 March 2019), but the NHC date of 19 January 2022, which is the date after which probiotic brands, logos, strain fantasy names and pictorial material implying a health benefit cannot be used in the EU, unless supported by an approved NHC. Dr McCartney mentioned a few possible approaches in the face of the ticking “Armageddon” clock:

Go for that elusive NHC – but keep it simple. Gut-related NHCs will pass EFSA more easily than more exotic claims related to, for example, metabolic syndrome and upper respiratory disease, in Dr McCartney’s opinion. This is especially the case since EFSA allow subjects with gut problems (e.g. irritable bowel syndrome, constipation, antibiotic-associated diarrhoea) to be used in NHC studies.

Most of the audience considered that a successful “first” NHC “Probiotic” claim would add considerable brand value to a probiotic product. Read on for a summary of the legal complexities in the Nutrition and Health Claims Regulation surrounding claims to consumers and branding, and that ticking clock – the “Armageddon” date of 19 January 2022…

What conclusions can we draw from Probiota 2019 regarding the future of probiotics?

According to Article 2 (2)(1) NHC Regulation, a claim is defined as “any message or representation, which is not mandatory under Community or national legislation, including pictorial, graphic or symbolic representation, in any form, which states, suggests or implies that a food has particular characteristics”. Based on this definition, we can conclude that trademarks and other brand names can be considered as such if they can be interpreted or linked to a claim as established in paragraph 5 of the preamble. However, transitional measures were adopted to give the industry sufficient time to adjust to the new requirements. For example, Article 28 sets the guidelines for allowing any non-compliant trademarks and brand names existing before 1 January 2005 (!) to be marketed until 19 January 2022. However, after that date, any products bearing non-compliant trademarks and brand names should be withdrawn from the market.

Any message or word suggesting a health benefit (including any denomination of the product or its ingredients) will also fall under the scope of the NHC Regulation. Thus, the word “Probiotic” – which is strongly associated with having an intestinal health benefit – can be also considered a claim, especially if we take into account commonly accepted definitions (e.g. FAO/WHO 2002[1]). However, Article 1(4) excludes any generic descriptor or denomination from the scope of the Regulation when those have been traditionally used to refer to a food product, but all exemptions should be ruled by the European Commission (EC) and the requirements for such petitions are further detailed in Commission Regulation (EU) Nº 907/2013. European authorities have been reluctant to approve “Probiotic” as a generic descriptor. In fact, in 2010, EFSA (EFSA, 2010) considered that the “probiotic/bifidogenic” effect is not sufficiently substantiated and, therefore, concluded that it could not be deemed a health benefit, since the gut microbiome is too complex to conclude that enhanced lactic acid bacterial counts are beneficial. Interestingly, EFSA accepts that reduction of enteropathogens and/or their toxins is a beneficial health effect, but no probiotics have yet been authorised for such a claim. 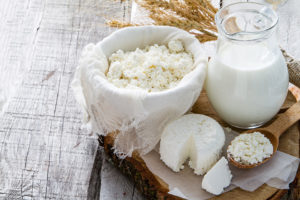 Despite EFSA’s vision of probiotics, different Member States have expressed disagreement on this matter. For instance, the Italian Ministry of Health presented an application under Commission Regulation (EU) Nº 907/2013 to propose the word “Probiotic” as a generic descriptor. However, although the petition was submitted in 2014, the European Commission (EC) has not yet reached a decision. Meanwhile, the Italian Ministry of Health suggested that, as “Probiotic” can not be considered a health claim, its use does not contravene the NHC Regulation. Consequently, all products in compliance with Italian guidelines on probiotics and prebiotics can bear those terms, as well as the statement “contributes to maintain a balanced intestinal microflora,” on the label. Nevertheless, this approach is directly opposed to EC’s interpretation of the NHC Regulation (EC, 2007), though it should be noted that the EC document is not legally binding. Moreover, applicants are encouraged to pursue an authorisation for probiotics via nutrition claim by arguing that probiotics can boost the production of vitamins and other nutrients, hence supporting a nutritional effect.

Member States rejection or acceptance of the word “Probiotic” certainly conflicts with the fundamental principle of free movement of products in the EU, which EC is tasked and determined to resolve and address, now and in the future. In an ideal scenario, the EC and all Member States will seek and agree common ground before 19 January 2022. Certainly, the issues exposed create irregularities in the EU market and leave the probiotic industry in a vulnerable and somewhat grey legal position. Probiotic players may opt to take advantage of the loopholes and discrepancies highlighted above to forge a creative way onto the EU market, though much will depend on the appetite for risk of each player.

The legal perspective for probiotics after all NHC transitional measures are applied is not yet clear, neither for industry, nor for regulators. Different national authorities have decided to take a step towards a more flexible legal framework for probiotics – though EC has not yet concluded the debate. This reinforces the need for a more harmonised legal scenario, and opens the door open for industry to exploit the ambiguities. In the meantime, a successful probiotic strain claim under the NHC Regulation is a perceived as a valued prize and may be pursued with enthusiasm in the next few years, with an eye to the “Armageddon” date of 19 January 2022.

[1]FAO/WHO(2002) define probiotics as “living microorganisms, which when administered in adequate amounts confer health benefits on the host”.