Enterococcus faecium as probiotic – is it safe? Views from Taiwan, USA and EU

Enterococcus faecium is a Gram-positive lactic acid bacteria belonging to the genus Enterococcus. Generally, E. faecium is a ubiquitous commensal microorganism commonly found in the gut of animals and humans. 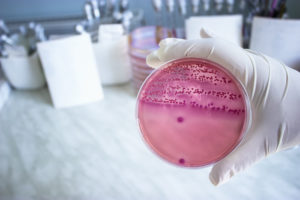 E. faecium has long been recognised for its probiotic benefits and is widely used around the world. One of the major benefits of E. faecium is that it is uniquely suited to survive the digestive process and flourish in the gut. It promotes a balanced gut environment by competing for resources that harmful organisms would otherwise consume and use to grow. It also competes with harmful organisms for adhesion sites – areas on the surface of cells to which other cells and molecules can bind. Hence, this ‘multitasking’ strain is commonly found in human probiotic supplements.

However, some strains of E. faecium may be pathogenic and harmful to humans, and can cause bacteraemia, endocarditis, urinary tract and other infections. Moreover, anti-microbial resistance (AMR) to many commonly used antibiotics has been reported, and E. faecium is the leading cause of multi-drug resistant enterococcal infections in humans. It is thought that about 70% of E. faecium strains in US hospitals are resistant to vancomycin and 90% are resistant to ampicillin. E. faecium resistance is acquired by gene transfer systems, such as conjugative and non-conjugative plasmids or transposons.

Concerns over the safety of E. faecium for use as a probiotic food supplement have been raised due to the propensity of this microbe to develop and acquire AMR, especially to vancomycin and ampicillin. The US and Taiwan FDA (Food and Drug Administration) believe that, in general, AMR can be transferred from “wild-type” bacteria residing in the gut to probiotics in transit through the gut. Proving that a probiotic strain is “safe from transfer of drug tolerance” is difficult. However, safe strains cannot transmit AMR if they have no AMR or toxin/virulence genes in the genome therefore, the risk of acquiring and further disseminating AMR by safe E. faecium strains is relatively low under practical use conditions, since exogenous probiotic strains disappear quickly from the gut, as the endogenous flora predominates over time.

There is a global consensus to restrict and reduce antibiotic use, so that wild AMR genes diminish in the gut of both humans and animals, and less bacteria develop/acquire antibiotic-resistance. Without proper functioning antimicrobials, medicines become ineffective and treatment of infections becomes challenging, ultimately threatening global public health. Consequently, health authorities all over the world are closely monitoring the development of AMR, including the use of E. faecium as a probiotic in food and feed. Interestingly, there are conflicting views and different regulatory approaches to E. faecium around the world.

Approach to E. faecium in Taiwan

The second reason for banning E. faecium completely is due to concerns about the lack of regulations regarding the use of microorganisms in Taiwan. The Taiwan FDA believe that it is safer simply to prohibit the use of E. faecium rather than ensuring use of safe microorganisms that are not resistant. However, Pen & Tec believe it is possible to improve the safety assessment of E. faecium and other strains used in food, feed and pharma in Taiwan. This could be done by issuing appropriate guidance to industry, similar to EFSA guidance documents, by implementing relevant legislation and making industry more responsible via regular inspections.

Use of E. faecium in the USA – feed vs. food

In the USA, the safety of microorganisms is assessed at species-level instead of strain-level. Consequently, when some members of a species are known to be human pathogens, the complete species is automatically considered as potentially harmful to human health and therefore, inappropriate for use as dietary ingredients. This rigid approach was chosen because of the absence of a consensus that there are valid scientific methods to distinguish between pathogenic and non-pathogenic members of a single species, or to prevent horizontal transfer of pathogenic genes between members of the same bacterial species. Examples of bacterial species that should not be used in dietary supplements include Escherichia coli, Enterococcus faecalis and Enterococcus faecium.

Conversely, E. faecium is accepted for use in animal feed by the Association of American Feed Control Officials (AAFCO) as a direct fed microorganism, provided the microorganism is non-toxigenic.

Regulatory situation in the EU

The EU has a different approach to E. faecium, which is focussed on demonstrating that the strain is safe and that safe strains can be differentiated from those that cause nosocomial infections in hospitals and possess AMR genes. The EU Commission, EFSA and the EU food and feed industries recognise that E. faecium, other lactic acid bacteria and Bacillus spp. are present in fermented foods, food supplements and pharmaceutical preparations. In the feed industry, they can also be used as feed additives, including fermented feeds such as silages.

Well known microorganisms can be used in fermented foods and supplements in the EU, provided they are safe and do not contribute to the microbial genetic pool of antibiotic resistance. Strains carrying acquired resistance should not be intentionally introduced to the food and feed chain, and food business operators are ultimately responsible for complying. In the case of feed and novel foods, a pre-market safety assessment is required where EFSA will check if the strain is indeed safe for use under the proposed conditions. In all cases, EFSA guidance documents on strain safety (e.g. EFSA 2012 E. faecium, EFSA 2014 Bacillus spp.) should be followed.

In June 2017, EFSA published a draft version of a new guidance on the characterisation of microorganisms (EFSA, 2017), which contains useful information on how EFSA will potentially assess the safety of E. faecium, specifically when used as a feed additive. The draft guidance states that E. faecium consists of two distinct subpopulations or clades: one subpopulation consists predominantly of isolates from the faeces of healthy individuals and is characterised by susceptibility to ampicillin; the other subpopulation, which contains most of the clinical isolates, shows resistance to ampicillin. The virulence factors and markers IS16, hylEfm, and esp are considered relevant for the assessment of safety. These should be analysed by investigating the whole genome sequence of the strain under evaluation. Additionally, the MIC (Minimum Inhibitory Concentration) to various antimicrobials should be determined, including ampicillin. Strains with a MIC cut-off value above 2 mg/l are not considered safe and will probably not be authorised for use in feed. Even in those cases where a pre-market safety assessment is not required, food business operators are expected to follow the same safety criteria.

If E. faecium and other probiotic strains used in food, feed, and pharma are shown to be safe, with no toxins or virulence genes and a low risk of contributing to the antimicrobial resistance pool, then there is no logical reason to not permit their use.

According to Pen & Tec, safety risks should be controlled by strain-specific approvals. Food business operators should ensure that probiotic strains are safe prior to marketing, following high-level safety standards and up to-date testing techniques. As such, the pharma, food and feed industries must be proactive to avoid an inappropriate response to risk management from scientists and regulators.

Pen & Tec will be providing regulatory advice at our Regulatory Clinic that will run throughout the event. You are welcome to come along and meet our experts for a face-to-face chat.

We look forward to meeting you at IPA World Congress + Probiota 2018 in Barcelona.

EFSA (2014). Scientific Opinion. Guidance on the assessment of the toxigenic potential of Bacillus species used in animal nutrition. EFSA Journal 2014;12(5):3665

EFSA (2017). Draft guidance on the characterisation of microorganisms used as feed additives or as production organisms. Online:

We use our own and third-party cookies for allowing you to access our website, for analytical purposes and to show you personalized advertising based on a profile elaborated from your navigation habits. Click HERE for more information. You can accept all the cookies by clicking the "OK" button or configure them or reject their use by clicking the "Setup" button.

OK Decline Setup
I consent to the use of following cookies:
Cookie Declaration About Cookies
Necessary (3) Marketing (0) Analytics (11) Preferences (1) Unclassified (2)
Necessary cookies help make a website usable by enabling basic functions like page navigation and access to secure areas of the website. The website cannot function properly without these cookies.
Marketing cookies are used to track visitors across websites. The intention is to display ads that are relevant and engaging for the individual user and thereby more valuable for publishers and third party advertisers.
We do not use cookies of this type.
Analytics cookies help website owners to understand how visitors interact with websites by collecting and reporting information anonymously.
Preference cookies enable a website to remember information that changes the way the website behaves or looks, like your preferred language or the region that you are in.
Unclassified cookies are cookies that we are in the process of classifying, together with the providers of individual cookies.
Cookies are small text files that can be used by websites to make a user's experience more efficient. The law states that we can store cookies on your device if they are strictly necessary for the operation of this site. For all other types of cookies we need your permission. This site uses different types of cookies. Some cookies are placed by third party services that appear on our pages.