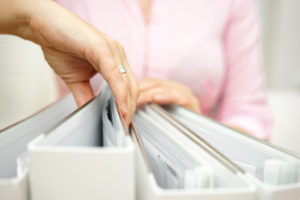 These guidance documents were adopted during the last FEEDAP plenary meeting in September 2017 and will enter into force on 1 May 2018. EFSA is also working on updating a fourth guidance (Guidance on the characterisation of microorganisms used as feed additives or as production organisms), expected to be adopted during the next FEEDAP meeting, scheduled in November 2017.

Pen & Tec submitted the following comments to EFSA on the four guidance documents, many of which have already been taken into account:

Guidance on the identity, characterisation and conditions of use of feed additives

This new guidance will substitute feed additive category guidance documents currently in use (for technological, sensory, nutritional, zootechnical additives and cocciodiostats and histomonostats). In order to make the application procedure more efficient, Pen & Tec suggested that information and data requirements could be more concise. For example, giving a simple generic description of the production process, with key steps of feed additive manufacture, instead of the “detailed description” required by the guidance. Also, a shorter study duration to assess the stability in water (12 or 24h instead of 48h), depending on the practical use of the additive and quality of the water; or the possibility of using one single batch or pilot batches, when testing concentration of newly produced feed additives for which 5 different commercial lots are not available (measuring intra-batch variability instead of batch to batch variability).

Pen & Tec also advised to specify the “feed dilution technique” as a possibility for analysing the active substance in premixtures. It is already accepted by the EURL and it only requires the premixtures to be adequately diluted and then analysed for the active substance with the same analytical method used for feed, so that no extra method validation/verification process is needed. EFSA has taken all of these comments into consideration and addressed them in the recently published Identity Technical Report.

The aim of this guidance is to reduce the use of laboratory animals in oral toxicity studies for microorganisms and production strains, replacing them by in vitro safety studies and analysis using modern genomic techniques (WGS, bioinformatic analysis, and phenotypic testing). In addition, reduced safety study packages were suggested for genetically modified strains whose parent strains were already proven safe (provided that genetic modifications do not raise additional safety issues), and to active substances and their combinations previously evaluated in the EU, or other geographic areas with well-established regulatory frameworks (e.g. USA). Methodologies for dietary exposure assessments that reduce the use of experimental animals should also be taken into account, especially if there is a long-term exposure risk, but only via infrequent food consumption.

Pen & Tec also pointed out the need for more harmonised approaches to gather consumption data, following standard methods and recognised by other agencies (EMA, US FDA, etc.). This would help avoid discrepancies in safety assessments and in the determination of maximum residue levels (MRLs). Moreover, consistency between the approach used in this guidance to determine MRL values, and other accepted models such as EFSA’s pesticide residue intake, and JECFA model for veterinary residues, would prevent overly conservative exposure estimates. All comments together with the reply from EFSA are listed in the Consumer Safety Technical Report.

Please see article published by Pen & Tec: EFSA Public Consultation on the FEEDAP Panel’s guidance on the assessment of the safety of feed additives for the target species.

This guidance is expected to replace several EFSA guidance documents related to the same subject (e.g. Compatibility of zootechnical microbial additives with other additives showing antimicrobial activity, Microbial Studies, Assessment of bacterial susceptibility to antimicrobials of human and veterinary importance, Bacillus spp. safety, Enterococcus faecium safety). An important modification to be introduced is the requirement of using whole genome sequence analysis (WGS) for the characterisation of bacterial and yeast strains, as well as for the search of antimicrobial resistance (AMR). Consequently, Pen & Tec asked EFSA to specify its preferred databases for comparison of commonly used sequences, and its preferred method for taxonomic identification (e.g. 16S rRNA gene or house-keeping genes). At the same time, Pen & Tec suggested to replace the full WGS analysis request, by a step-wise approach where a previous investigation of minimum inhibitory concentrations (MICs) would determine the need of a WGS analysis (only if MIC > cut-off value for one or more antimicrobials, further investigation via WGS to determine the nature of the resistance would be required). EFSA has also been asked to indicate in the guidance if there are sufficient grounds not to provide the WGS. EFSA expects to discuss these comments and possibly adopt the guidance during the next FEEDAP meeting, scheduled in November 2017.

Pen & Tec’s input on the guidance documents support the use of the “3Rs” (reduce, refine, replace in vivo animal studies) for animal welfare. We are also in favour of adopting a pragmatic and more universal approach to data collection in order to keep the application process within reasonable time frames, maintaining the quality of the data provided for EFSA assessment, and rationally conveying information sources and procedures accepted by other important feed regulatory bodies worldwide. We are pleased to see that our comments have made a positive impact on the new EFSA guidance documents so far.