Despite being a small sector with only 600,000 dedicated professionals, beekeeping is essential in the EU due to the importance of pollination towards food agriculture and the environment. The Union is the world’s second largest producer of honey (around 270,000 tonnes in 2015), with Romania, Spain, and Hungary being the main producers. However, the EU is not self-sufficient and depends highly on honey imports from all over the world to cover demand. China, as the world’s leading producer, accounts for half of Europe’s honey imports. 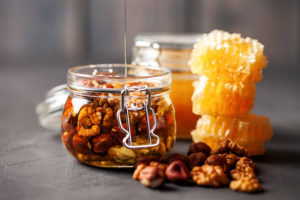 Honey is one of the most adulterated food products in the world. Council Directive 2001/110/EC (honey directive) sets out a clear definition and composition criteria for honey. However, in a study determining the prevalence of fraudulent practices in the marketing of honey conducted in 2016, the European Commission discovered that 20% of imported honey did not respect EU standards because it was adulterated by the addition of sugars. Cheap syrups are added to the imported honey to increase its volume and this practice is not easy to detect with the current methods of analysis. This results in imported honey being much cheaper than that produced in the EU. On average, the price for Chinese honey is 1.50€/kg while EU-produced honey costs 4.00€/kg.

The low prices at which Chinese honey is purchased pose a danger to local beekeepers. European producers have to meet much higher food safety requirements, meaning that they can hardly compete with imported honey. The current legal requirements for declaring the origin and blend ratio of the product are very loose. A label can simply state “blend of EU honeys”, “blend of non-EU honeys”, or “blend of EU and non-EU honeys”. This leads to the consumer not being able to acknowledge the percentage of European honey to imported honey in the product. From a labelling regulatory point of view, a product in which 1% of the honey is from the EU and 99% is from China is equivalent to one with the opposite ratio.

European beekeeper associations have demanded updates in the legislation, as current rules do not deal with fraudulent practices. Their requests include specifying the country of origin of the honey and the mixture percentages on the label, as well as more controls throughout the packing procedure to ensure that honey placed on the market is not falsified.