Centralised EU Novel Foods Regulation kicks in, but will it inspire more applications?

The new regulation on novel foods, defined as anything without a significant history of consumption in the European Union before May 15, 1997, came into force on January 1, 2018, signalling the start of a new system operated by the European Commission. For the first time, the approval system will be centralised, with applications submitted to the European Commission rather than individual member states as has been the approach before now.

Under the EU regulations, any food that was not consumed “significantly” prior to 1997 is considered to be a novel food, with the category covering new foods, food from new sources, new substances used in food as well as new ways and technologies for producing food.

Examples include oils rich in omega 3 fatty acids from krill as a new source of food, phytosterols or plant sterols as a new substance or nanotechnology as a new way of producing food.

New or novel foods have been coming to the table throughout history – this is nothing new. There once was a time when tomatoes, bananas and other tropical fruits, plus a whole host of spices, pasta, maize and rice were considered novel in Europe. 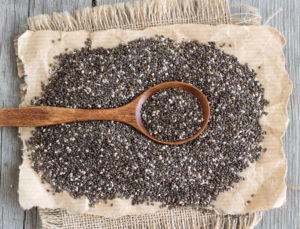 However, the key drivers pushing today’s novel food are much more centered on diversity, alternative proteins and the ongoing search for new sources of nutrients against a backdrop of a growing population, and the modern-day concerns of climate change, as well as the environmental and ethical impacts of the food we all eat.

We must also consider what the term “novel” actually means. It’s not just about introducing something new, it also includes something that is unusual, unconventional or innovative.

The European Food Safety Authority (EFSA) initially published two guidance documents on novel food and traditional food following the new European regulation that dates back to November 2016 – but has only just come into force.

According to EFSA, EU risk managers decide whether new foods can enter the European market and in some cases, they may see the need for these foods to undergo a scientific risk assessment by EFSA to ensure consumer safety.

EFSA’s new guidance documents explain in detail the kind of information that applicants need to provide when a risk assessment is required and how to present this information to EFSA.

The new guidance documents comprehensively explain the kind of information applicants need to provide for risk assessment, as well as clarifying how to present this information before EFSA, so that they can assess the safety of the novel or traditional food.

“Applicants submitting novel food applications need to present data describing the product. Dossiers should include data on the compositional, nutritional, toxicological and allergenic properties of the novel food as well as information relating to the production process, and the proposed uses and use levels,” says EFSA.

“EFSA addresses traditional food from third countries (non-EU countries) in a separate guidance document. Applicants need to present evidence of the safe use of the traditional food in at least one country outside of the EU for a period of at least 25 years. EFSA and the Member States will assess the evidence in parallel procedures.”

As we bring in a new year and the new novel food regulation begins to kick in, the obvious question is “Will there be a rise in the number of applications?”

“It’s possible that a lot of companies have waited for the new regulations to kick in before submitting their applications,” she said. “The definitions are clearer and progress never stops. It’s hard to predict, but I suspect that the number of applications will increase.”

Vitafoods Europe – the global nutraceutical event for ingredients and raw materials for the dietary supplements and functional food and beverages industries – recently commissioned a survey of 208 nutrition industry representatives between November 14 and December 4, 2017.

According to the findings, there appears to be a degree of optimism about the new regime with a fifth (20 percent) of industry professionals surveyed saying they thought the new rules would have a positive impact. This was double the number who expected them to have a negative impact (10 percent).

More than a quarter of respondents (27 percent) said they had already taken action to prepare for the new rules, while 17 percent said they were now more likely to apply for novel foods status, compared with 12 percent who said they were less likely to do so.

Will the new rules generate a quicker process?

Reforming the novel foods regulation is intended to streamline and speed up the application process. Liza Van Den Eede, Regulatory Affairs Director at Pen & Tec Consulting, who is presenting an update on the new process at Vitafoods Europe 2018 is looking forward to a speedier process.

“The biggest problem with the old system was time,” she said. “It took an average of three and a half years to get a novel food approval and in some cases, it was five or even six. The better-defined deadlines in the new process, as well as the guidance from EFSA, should hopefully mean faster approvals.”

“However, there are probably many companies that are pessimistic about the timescales based on past experience with EFSA, since unforeseen supplementary information requests can slow down the process considerably.”

Patrick Coppens, Director of Scientific & Regulatory Affairs at Food Supplements Europe, added: “On paper, this is a very nice process. It’s more streamlined, it’s clearer and it should be faster. But like all legislation, the proof of the pudding is in the eating.”

Another key change is that authorizations will be generic, which means that once a novel food is approved it will in most cases be authorized for anyone to market.

“Of course, that’s not an incentive for companies to invest in a lot of safety investigations for the product,” added Coppens. “It will really depend on what companies can do to protect their intellectual property. If the return on investment is not certain, there will be some companies who don’t invest.”

“The new regulations certainly represent progress for traditional foods from third countries or for relatively simple products – exotic berries for example. But manufacturers of innovative synthetic or fermented ingredients who got authorization under the old regulation after investing heavily in research will be disappointed that their proprietary data is not respected in the way we had hoped.”

“I’m also concerned that some products that should be subject to their own authorization might enter the EU market under a generic authorization. It remains to be seen how companies will take the responsibility to assess the status of their products.”

Another company also keeping its eye on how the new process will work out is London-based multinational inspection, product testing and certification company, Intertek Group.

“We are waiting to see how the new electronic portal for submissions will work, especially during the transition where the dossiers to be passed to EFSA from the old submission process become “new” applications and can now cite proprietary data where they have it,” Nigel Baldwin at the company from tells FoodIngredientsFirst.

“We are also as curious as everyone on how the traditional foods from third countries process will work in practice.”

More answers about how the changes will impact novel foods applications are bound to emerge as 2018 begins.